Cited as an “exciting soloist” by the New York Times, Israeli clarinetist Tibi Cziger is a passionate soloist and a sought after chamber musician. He has performed a vast amount of chamber music and recital literature for the clarinet in concert, television, and radio broadcasts across Europe, Asia, North America and the Middle East.

Mr. Cziger is the artistic director and founder of the award-winning Israeli Chamber Project and is a member of the Israeli Contemporary Players. He is a regular participant in festivals such as Marlboro Music Festival, Musique en Brionnais, Jerusalem Chamber Music Festival and Ottawa ChamberFest.

Mr. Cziger has appeared as a soloist with the Tivoli Symphony Orchestra in Copenhagen, iPalpiti String Orchestra at Walt Disney Concert Hall, St. Petersburg Chamber Philharmonic, Metropolis Ensemble, Israel Contemporary Players and Israel Chamber Orchestra, and served as the principal clarinetist of the Israeli Camerata Orchestra and co-principal at the Norwegian Radio Orchestra.

He serves on the faculty of the Buchman-Mehta School of Music (Tel Aviv University), the Israeli Conservatory, and the Jerusalem Music Center. Mr. Cziger is a Selmer-Paris artist. He resides in the exciting city of Tel Aviv, with his wife, cellist Michal Korman, and their children, Iyar, Noam and Ivry. 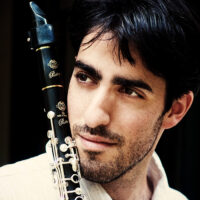