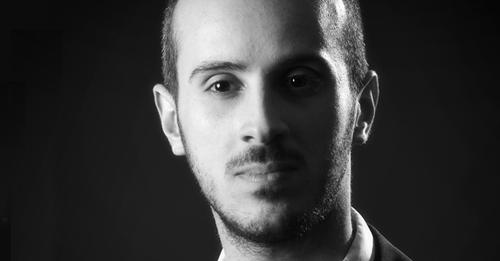 Tom Oren is an Israeli pianist, composer and arranger. Tom was born in 1994, in Tel Aviv, Israel. He graduated from both Arison Campus of the Arts, Tel Aviv and Thelma Yellin High School of the Arts, Givatayim. At the end of his studies at Thelma Yellin, he was awarded with the school prize for his achievements in the Jazz Department and contribution to the school and fellow students.

As a student of the great Mrs. Rachel Feinstein, Tom also graduated from the Israeli Conservatory of Music, Tel Aviv, with honors. Along with his classical piano studies, he has studied with many famous jazz piano teachers, such as Amit Golan, Omri Mor, Ronen Shmueli, Gilad Ronen and Mordy Ferber.

In 2015, he finished two years of studying at the Rimon school of Jazz and Contemporary music. He received an excellence scholarship to the Rimon Jazz Institute, a program for outstanding Jazz performers, conducted by pianist Ronen Shmueli.

As a Thelma Yellin student, he was the leader of a 10-member ensemble from the Thelma Yellin jazz department, which represented the school in a jazz festival in Stuttgart, Germany. The repertoire was consisted of his original arrangements of Israeli songs. Following the Project’s success, the ensemble was invited to perform in the prestigious Jazz Education Network Conference on January 2013, in Atlanta, Georgia.

In 2013, Tom performed with the “Affinity” ensemble at the Red Sea Jazz Festival, as part of the special performances program.

Nowadays, Tom serves as an outstanding musician, pianist and arranger of the Air Force Band. Along with his military service, he performs with the groups of leading Israeli International Jazz artists, such as Mordy Ferber, Amit Friedman, Alon Farber, Daniel Zamir and Mattan Klein, in Israel and around the world. He recorded with the Mattan Klein Group in two albums, “Groove for Naomi” (2012) and “Sound Tracks” (2016).

In addition to his work as a sideman, Tom performs with Israeli international jazz guitarist Yoav Eshed, in a duo project that they established together. Their repertoire is consisted of their own original compositions and arrangements.

Tom was awarded with the America-Israel Cultural Foundation Scholarships in the years 2012-2017, in the Field of Jazz Music (Piano). He was also awarded with other honorable prizes:

In 2010, he won the first prize in the annual scholarship competition of the Israeli Conservatory of Music, in the classical music department.

On August 2012 he was awarded with a Berklee College of Music full tuition scholarship (full time: 4 years).

On February 2014, Tom won the first prize in the annual “Jazz Musician Contest” at “Rimon School of Music”. He was awarded with the privilege to represent Rimon, as well as the state of Israel, in the 24th annual International Association of Schools of Jazz (IASJ) Meeting. The Association was established in 1989 by jazz legend, saxophonist Dave Liebman, who serves as its artistic director. 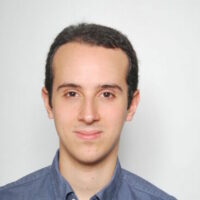