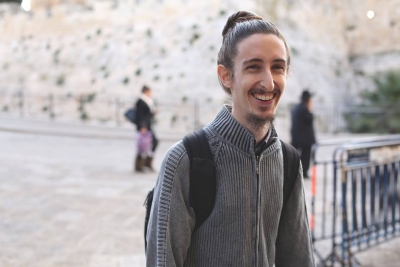 Yair Amster is an Israeli contemporary, world music and Jazz drummer and composer.

Yair started playing the drums at the age of 11 under the guidance of Michal Rahat and in different ensembles in the Ra’anana Municipal Music Center. In 2008 he participated in the “Berklee-Rimon Jazz Workshop” at the “Red Sea Jazz Festival” where he received a full scholarship to the Berklee Five Week Performance Program course.

In 2009, after graduating with honors from the Metro-West High School music program, including a 5 point class in composition, he participated in the Berklee course, played in the official Big Band and won a scholarship. In addition, he studied drums with – Skip Hadden, Casey Schuerell & Bob Moses.

During the years of 2009-2011 Yair served in the IDF as an Outstanding Musician, playing in a military band. While in service, Yair played with RIAS Youth Orchestra Berlin on a tour around Germany & in the Berlin Concerthouse playing Stravinsky’s “Firebird” and other works.

In 2011 he played the Shostakovich Symphony No. 7 with the same orchestra at the Berliner Philharmoniker concert hall.

In the past years, Yair participated and performed in a variety of concerts, projects and festivals such as the “Umbria Jazz Festival”, Israeli Steely Dan Tribute Band, Rostov on Don Jazz Festival, Safed Klezmer Festival and with The Tel Aviv Jazz Orchestra to name a few.

Yair is currently graduating from his studies at the Center for Jazz Studies (CJS) of the Tel Aviv conservatory & The New School University. 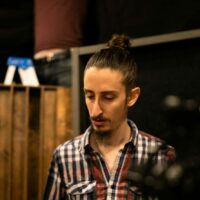