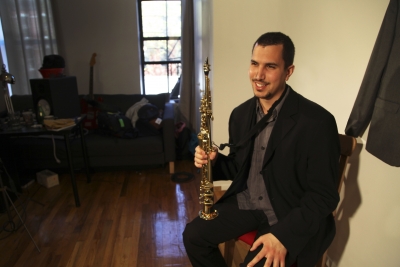 Yehonatan Cohen is an up-and coming saxophonist in the international world of jazz who dedicates his life to express himself through his music in the most creative and pure way. His music combines a variety of influences from diverse cultures and backgrounds that creates a unique and universal fusion. Yehonatan was born in Tel Aviv, Israel, in 1989. He started playing the trumpet when he was just 10 years old in his elementary school orchestra. 6 months later, he transferred to study at the prestigious Ra’anana Music Center where he played as their lead trumpeter and soloist, performing in different venues and festivals across the city and around the world.

At the age of 14, Yehonatan got accepted into the world-renowned jazz program at the Thelma-Yellin High School of the Arts in Givatayim, where he studied with Israel’s top teachers and musicians. During his intensive studies, he started to gravitate toward the art of playing the saxophone, which later became his main instrument. Throughout his high school career, he played in several bands that made a major impact in the jazz community of Israel. He played as a saxophonist in a selected group of students who flew to South Africa to perform at the S.I.A.J.E. jazz festival. He also played as a lead trumpeter and a major soloist at the Holon Big Band, as well as at the Thelma-Yellin Big Band, which flew to Canada in order to participate in the esteemed I.A.J.E festival

At the age of 18, Yehonatan joined the Israeli Defense Forces Orchestra as part of his mandatory army service and played as their saxophonist. During his years of service, he won three separate scholarships from The America-Israel Cultural Foundation for his excellence in music.These scholarships allowed him to continue his musical studies and support his development as a musician. It was at this point in his life where Yehonatan transformed his role as a student and took on a new and inspiring role as a teacher for music students like him. He began teaching private saxophone lessons as well as musical theory and ear-training at the Ra’anana Music Center, where he once played when he was a child. Later on, he also became a saxophone teacher at the South Herzliya Conservatory of Music, where he taught over 5 students in a large variety of ages. Despite all of his new experiences teaching his talented students, Yehonatan began to yearn to learn more about playing and composing, while further developing his musical craft. Due to his high level of talent and professional musicianship, he was granted a scholarship by the Tel Aviv Conservatory of Music, where he studied at a unique and specialized program between the Tel Aviv Conservatory of Music and The New School in NYC.

After finishing his army service, Yehonatan began teaching again at Ramat Gan Music Center and the Drummer School of Music in Petah Tikva. He also started working and performing all over Israel in several diverse bands. He played in an African ensemble called “Black Guru,” which performed in the famous Tel Aviv Jazz Festival of 2012. He also performed in “The Harbor Big Band,” as well as “The Yehonatan Cohen Quintet,” which performed Yehonatan’s original compositions. During these exciting and cultured experiences, Yehonatan had the privilege of playing with famous Israeli singers and artists, including Efrat Gosh, Alon Oleartchik and David Broza.

In 2012 Yehonatan won a scholarship from The New School in NYC and is currently studying there for his B.F.A degree with teachers and musicians such as: Chris Cheek, Francesca Tanksley, Sam Yahel, LeeAnn Legerwood, Jane Ira Bloom and Regenald Workman. When asked why he continues to write and perform his own music, he answered, “I think that when you feel something for your music, and you are creating it from an honest and emotional place, the audience can feel it and connect with it.” Yehonatan is currently leading his own quartet that recently recorded a demo CD of his original music, and performs his music all over NY in various venues such as Somethin’ Jazz Club, The Bar Next Door, Silvana and Peter Lik Gallery. He plans to continue his musical career in NYC as a creative and active performer, composer and instructor as well as tour around the world featuring his own music. 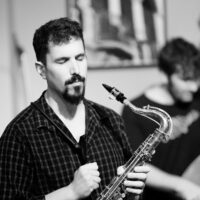