Born in Israel at 1983, Yigal Kaminka is the principle oboist of the Jerusalem Symphony Orchestra, IBA. He started playing oboe and recorders in parallel as a child. After his army service as a musician, he finished his first degree studies with distinction at the Jerusalem Academy for Music and Dance with these 2 parallel majors – recorders and oboe, with Prof. Michael Melzer and Mr. Dudu Carmel respectively. Kaminka then proceeded to finish 2 parallel MA degrees in oboe and recorders at the Hochschule für Musik in Karlsruhe, Germany, with Prof. Thomas Indermühle and Prof. Karel Van Steenhoven. During his studies, as a secondary practice, Kaminka specialized in Baroque oboe. In 2011 he completed his Ph.D. in recorder playing as part of the exclusive soloists program at the University of Karlsruhe.
Kaminka won various awards and competitions, including the Jerusalem Academy Dean’s Prize of 2004, the Jerusalem Academy Wind Instrument Competition where, in 2005, the First Prize was divided into two and awarded to him twice – once for oboe and once for recorder. At the Israeli “Aviv Competitions” of 2009 he won all three categories – the Meira Geyra Audience Choice award, the Francois Shapira woodwind prize and the Ministry of Culture and Sports prize for excellent performance of an Israeli composition.
Kaminka performed as soloist in Germany, Austria, Spain and Israel. He is a founding member of the “Tel-Aviv Quintet” and the international sextet “Berlin Counterpoint” which performs in Europe and South America. As guest principle oboist, Kaminka performed with various orchestras such as the Israeli Philharmonic Orchestra, the Budapest Festival Orchestra, Heidelberg Symphoniker and with Daniel Barenboim’s Eastern-Western Diwan Orchestra.
In 2009, Kaminka co-founded the Israeli start-up company JoyTunes ( HYPERLINK “http://www.joytunes.com” www.joytunes.com), which brings children closer to music by making music instruction games and apps which are activated by real musical instrument. Currently, close to 2 million children and thousands of teachers from over 110 countries around the world are already using it.

Kaminka won numerous scholarships, including the Israel-America Cultural foundation (99-08), the German DAAD and many others. As of 2013, he is a guest speaker at international music education conferences on the topic of technology in music instruction.

Before leaving to study in Germany, Kaminka performed also as a singer with the acapella group 8Vocal, with the barbershop quartet 4Play, and also as the director and conductor of an amateur choir in his home city, Kfar-Saba. 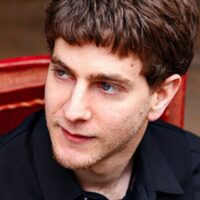