Tel – Aviv native Yotam Silberstein began playing guitar at age 10. This young prodigy was soon invited to perform with many of the nation’s top jazz musicians. By the age of 21, Silberstein has won the coveted “Israeli Jazz Player of The Year” title. Soon after, he performed at Italy’s renowned Umbria Jazz Festival, released a critically acclaimed debut album and set out on an extensive tour of Europe and the Middle East.Upon receiving a scholarship to the prestigious New School, Yotam Silberstein moved to New York in 2005. Praise continued to pour in as a finalist in the 2005 Thelonious Monk International Jazz Guitar Competition with one critic noting, “Yotam’s tones are exquisitely old school but his playing fresh, fiery and bursting with joyful exuberance, and musically he is one heavy cat.” Jazz Times noted, “Since his arrival in New York in 2005, Israeli guitarist Yotam Silberstein has made an impact on the scene with his preceision bebop lines and fleet fingered improvisation. All About Jazz summed up his 2009 release, “Next Page” as “unadorned hollow-body guitar work freely invites comparison to releases from the heyday of Blue Note Records. He isn’t piggy backing on memories. He’s forging his own path with skills and style.”

As artistically gifted as he is technically proficient, Silberstein is featured on a wide variety of critically acclaimed releases including “Resonance” and “Brasil” on the Jazz Legacy Productions label and Monty Alexander’s Grammy-nominated “Harlem-Kingston Express Live!”

In just six years since arriving in the Big Apple, internationally acclaimed Yotam Silberstein has earned his place among the jazz elite by collaborating with such luminaries as James Moody, The Heath Brothers, Paquito D’ Rivera, Monty Alexander, Roy Hargrove, and the Dizzy Gillespie Alumni All-Stars.This versatile guitarist’s wheelhouse runs the sonic spectrum from the straight ahead to Brazilian, world music, blues and bebop. Silberstein’s showmanship wowed the Kennedy Center’s 2011 production, “Ella!” which featured Dee Dee Bridgewater, Al Jarreau, Dr. Billy Taylor and Janis Siegel. His performance earned him a return invitation for a special appearance at the KC Jazz Club.

In addition, Yotam Silberstein has toured as a leader in major clubs in Europe, Japan, and Singapore while winning the Sundance Time Warner award for film music.
Having performed with the world’s premier talent, he has honed his craft with precision, finesse and the innate artistic touch that others twice his age are still searching for to this day there is little doubt among critics that Yotam Silberstein’s musical stock is an arrow pointing straight up! 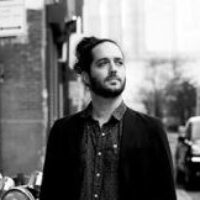