Born in Israel, Cohen graduated Tel Aviv University in Sociology & Anthropology. After completing her MA with distinction in communication Arts at NYIT in 1984, she started working on films in NYC and LA. Starting as production assistant, through assistant camera to script supervisor and line producer, she became a producer and later a director. Since 1993, Yulie has produced and directed some fifteen documentaries. My Terrorist (2002) won the special jury prize at the Jerusalem Film Festival and was nominated for the Silver Wolf at IDFA. Since then, My Terrorist has been translated into 18 languages, broadcasted in over 20 countries and has been screened at over 150 film festivals around the world.

After completing My Terrorist in 2002, Yulie directed the 2nd documentary supported by The Danish Film Institute, the BBC, VRT Belgium, YLE Finland, ZDF/ARTE and TV2 Denmark: My Land Zion (2004) which was screened at many film festivals in Israel, Canada, France, Australia, USA, Italy, Argentina, Germany, Denmark, Ecuador and more.

On 2005 Cohen received the Art of Film Prize at the Jerusalem Film Festival. My Brother (2007), the last in the trilogy, was premiered at the competition at Haifa International film Festival (Oct. ’07) and transmitted on the commercial channel 2 of Israel with an excellent rating. My Israel [2000 – 2008], based on the trilogy and some new footage received great newspaper critics in the UK after its broadcasting at BBC4 on May 2008. Gesher Fund for Cinema in Israel granted My Israel marketing funds and was transmitted at YesDocu documentary channel in Israel. During 2009, Cohen exhibits a video art she made with Ittai Finkelstein named Bibliography at Suzan Dalal Centre in Tel Aviv. Currently producing Gilad Baram’s debut documentary and teaching documentary filmmaking at Bezalel Academy of Art and Design, Jerusalem and at Wizo Haifa, Israel. 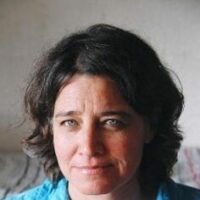