Served in the IDF under the status of “Outstanding Musician”, and is a graduate of the Jerusalem Music Centre for young musicians. Began her studies at age 6 at the local conservatory in Mevaseret Zion with Michael Mirminsky.

Completed her undergraduate studies at the “Jerusalem Academy for Music and Dance” in the class of Dr. Eitan Globerson, and completed her Master’s degree at the Schulich School of Music at McGill University, where she double-majored in Piano and Fortepiano – in the classes of Sara Laimon and Tom Beghin respectively.

Has been a recipient of scholarships – for chamber music and solo performance – from the America–Israel cultural foundation since 2004.

Attended regularly at the Interlochen summer festival for the arts, where she received numerous prizes for outstanding achievements on the piano.

Won an award for “Outstanding Israeli Participant” in the Tel-Hai Piano Masterclasses in 2009. Won the first prize at the McGill Classical Concerto Competition for 2010, and performed with the McGill Sinfonietta under the baton of Maestro Alexis Hauser.

She took part in the second collaboration with Alexis Hauser in a concert celebrating the 85th anniversary of Pierre Boulez. Took part in masterclasses with Murray Perahia, Dmitri Bashkirov, Richard Goode, and Mr. Bernard Greenhouse among others. Attended masterclasses on the Fortepiano with Zvi Meniker and Bart Van Oort and has studied privately with Malcolm Bilson. Has taken part in the seminar “History, music and memory” – specializing in the study and performance of works written by composers who died in the Holocaust.

In June 2013 performed with an ensemble of recent McGill graduates at the Boston Early Music Festival as part of the Young Players Festival of Early Music America. Following that, proceeded to win the second prize as well as the audience prize at the 2013 Musica Antiqua Fortepiano Competition in Bruges, Belgium.

Is currently studying for her doctoral degree at McGill on the harpsichord (with Prof. Hank Knox and Prof. Alex Weiman) as well as the piano (Prof. Sara Laimon) and piano-forte (Prof. Tom Beghin). This three-fold perspective has opened new paths for interpretative and historical exploration, which earned Gili a distinguished SSHRC (Social Sciences and Humanities Research Council of Canada) research scholarship. Upcoming engagements include a recital concert with violinist Davide Monti as part of the 2014 edition of the Festival Montrèal Baroque.

Gili has been published in Keyboard Perspectives, her work featured in The New York Times, and in May 2019, she was invited to present a recital on Clara Schumann’s original 1827 André Stein fortepiano (no. 513), housed at the Robert-Schumann-Haus in Zwickau, Germany.

In growing demand as a solo and collaborative artist, Gili is invited to play with period-instrument ensembles both internationally and in her adopted city of Montreal, and is especially happy when she is called home to play concerts in her native Israel. Most recently, Gili has been busy with the creation of Ida’s Salon Online, a new series of bite-size online concerts on period instruments exploring different facets of Jewish art, life and culture in the diaspora. Gili’s studies and artistic endeavors over the years have been generously supported by the Canada-Israel Cultural Foundation, the Canada Council for the Arts, as well as Fonds AIDA, le Conseil des arts et des letters du Québec and the Social Sciences and Humanities Research Council of Canada.

Gili’s recordings can be heard under the Backlash Music (Berlin) and Leaf Music (Canada) labels. 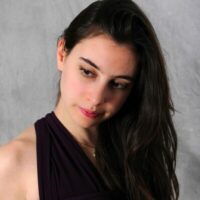