Legendary Israeli, world-renowned dancer-choreographer, and the current Presidential Fellow professor at Chapman University. He was nominated as one of the ten best contemporary dancers in the world. He was the lead judge on So You Think You Can Dance Israel and a guest Choreographer on Dancing With The Stars Israel. For four decades Ido has represented the State of Israel around the world as the “Ambassador of Dance of Israel”, a title that was given to him by the Israeli government. Ido was an AICF recipient of excellence scholarships from 1982-1985.

Tadmor is the 2011 winner of the highly respected “Landau Prize” in Israel for life achievement. He recently celebrated thirty years of his international career.

For four years, Ido was the main judge on the Israeli version of “So You Think You Can Dance”. A lead dancer, choreographer, judge in professional dance competitions in Israel and elsewhere, he has been the artistic director of many competitions and festivals.

As a teacher, Tadmor has taught in leading dance companies in the world, in Israel and in famous schools in Europe- such as the Dance Academy in Rome and Artemis in Amsterdam.
During the past 3 decades, Ido Tadmor has represented the State of Israel around the world as an “Ambassador of Dance”.

He performed in many places around the world as a lead dancer in dance companies, as well as a Principal dancer in many Gala evenings. Tadmor has been awarded several grants from numerous sources including The American Israel Cultural Foundation, Municipality of Tel Aviv, Municipality of Haifa and other public bodies and foundations encouraging cultural activities in Israel.

Recently Ido’s work “and Mr.- the choreographers cut” (with choreographer Rachel Erdos) international premiered in New York at the “Between the Seas Festival” and at the Kennedy Center in Washington, D.C. Ido continues to tour with other works around the world, in Cyprus, Germany, Croatia, Brazil, California, Hong Kong, Netherlands, Poland, Korea, Angola and elsewhere.

His creation “The Empty Room” participated at the Sergei Diaghilev Competition of Choreographic Art in Poland and won 2 prizes. He was also appointed as Artistic
Director to the Israeli Ballet, and continues his tour around the world to New York, Poland, Senegal and Lithuania.

In 2013, Ido premiered his new creations ‘Engagé’ as a Polish-Israeli collaboration with the “Zawirowania Dance Theatre” and dancer Elwira Piorun, ex-soloist of the Polish Dance Theatre and the Polish National Ballet. Together with the choreographer Rachel Erdors they created the new duet, “Rust”. 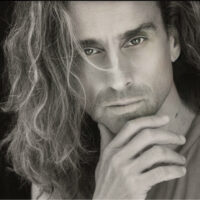