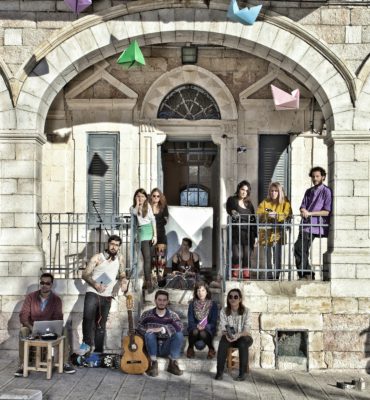 About Musrara, the Naggar Multidisciplinary School of Art and Society, Jerusalem

Founded in 1987 in the heart of Musrara neighborhood, a seam- line neighborhood overlooking the old city of Jerusalem and Damascus Gate, Musrara is an institution of higher education in the interdisciplinary arts which provides professional training to its students in the fields of photography, new media, new music, visual communication and phototherapy, with 3-year programs in all 5 departments. The school’s programs emphasize the importance of creating interdisciplinary art that deals with social action and communal involvement.

Musrara has developed its own unique model as an educational institution that is open to its immediate surroundings and explores new approaches to the relationship between art and the community. Through this model, the school in cooperation with veteran residents of the neighborhood (most of whom emigrated from North Africa in the ‘50s and suffered from poverty and discrimination for many years) has been transforming the marginalized and neglected Musrara neighborhood with its negative reputation and history as birthplace of the Israeli Black Panther movement in the 1970s which was the first civil protest movement of the state of Israel, into a vibrant venue for international events, which draw tens of thousands of people each year.

Over the years, the school has promoted and led a process of visual and anthropological research, establishing the school as a center of knowledge and inspiration for various organizations in Israel and abroad. The school’s activities are founded on collaborations between students, local residents, teachers and artists, who come together to build and create socio-artistic projects.

Musrara has been awarded the Jerusalem Foundation Martha Prize for Tolerance and Democratic Values, the Public Excellence Award in memory of Teddy Kollek, and the Israel Museum’s Lifetime Achievement Award (2011). Musrara graduates who have also been recognized and awarded are: Guy Yitzhaki, Yael Brandt, Jan Tichy – Godstiner Award (2011), Nevet Yitzhak – Israeli Ministry of Culture’s Prize to Encourage Creativity (2012), Ministry of Culture’s Young Artist Prize, and the Israel Museum’s Gerard Levy Prize from for young photographers. Many of its students have received over the years AICF scholarships.

Photography as an Empowering Tool

The school runs tens of photography projects for disadvantaged communities such as workshops for mentally and physically challenged Jewish as well as Arab children and at risk youth, weekly photography and art classes for adolescent level advancement pupils, a phototherapy program for old aged citizens, workshops for Arab women from the Jerusalem periphery, special tours and workshops for educational groups such as IDF groups and more, all this in complete synergy to our purpose as an art school as students and graduates take active part in the programs.

The school initiates and produces the festival, an annual international multidisciplinary event (its 16th edition has just ended) which takes place within the school spaces, Musrara neighborhood residential houses, private yards and alleys (http://www.musraramixfest.org.il/). The festival is open to the public and hosts 7,000 visitors annually. It exposes to the audience circa 100 of new works every year.

Within the premises of the school we operate three international art galleries exhibiting work of local and international artists, amongst them leading names, as well as students and alumni work. The galleries are open to the public and host circa 20,000 visitors annually.

During the course of the previous year, the school launched its “Musrara Collection” project, the product of years of in-depth research. The project includes a website and an archive of life stories videos, recordings, and photographs of the local residents. It provides a wealth of resource materials that are used to create new art works for exhibition in the school’s galleries, as well as in various locations throughout Israel and around the world. (In May 2012, Musrara was chosen to represent Israel at the Photography Biennale in Amsterdam, where the school presented its socio-artistic manifesto).

As part of the school’s goal to make the Musrara a center for artistic creation and inspiration, it hosts 3-4 artists, both national and international, for a period of one month during which they research and create projects relating to Jerusalem, conduct workshops to the school students and finally exhibit the outcome of their work at the Musrara Mix Festival. 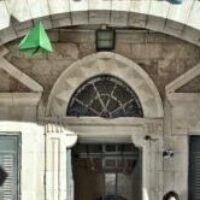 Musrara, the Naggar Multidisciplinary School of Art and Society, Jerusalem

Musrara, the Naggar Multidisciplinary School of Art and Society, Jerusalem