2000-2012 Personal consultant to an award-winning producer and director Dan Setton.

1979-1986 Government Press Office Photographer, Prime Minister’s Office. Covered the peace process between Israel and Egypt in 1978. Accompanied Prime Ministers Shamir, Begin and Peres in Israel and abroad. Works collected in the National Photo Collection of the Government Press Office and the Ma’ariv Newspaper Archive have been widely exhibited in group exhibitions, books and other publications.

In his recent works, Nino Herman tries to develop a new way of seeing, one that flows between the figurative and the abstract, towards a point of confrontation that is unplanned and unscripted. His works develop out of a need to express the complexity of our inner and outer reality. While his street photography is very influenced by cinema, his landscape photographs are more influenced by the language and abstraction of painting. 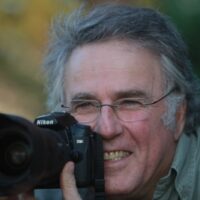