Noa Babayof is an Israeli singer-songwriter, active professionally since 2005.

Her first album From a Window to a Wall, was recorded and produced by musician-producer Greg Weeks (Espers) at Hexham Head studio in Philadelphia. It was released in November 2007, on the Israeli label Anova and in June 2008 on the American label Language Of Stone, which was distributed by Drag City throughout Europe and the U.S.

Following the release of her debut album in the US, Babayof moved to Philadelphia and in July 2008, went on tour throughout the East Coast with Sharon Van Etten. In 2009, Babayof performed in the CMW (Canadian Music Week) festival in Toronto and in Motel Mozaique festival in Rotterdam.

In 2013, Babayof traveled to England to begin the work on her second album Blue Bound, which was based on songs written during her time living in Philadelphia. In Blue Bound, Babayof wanders away from the orchestrated folk of From A Window To A Wall and explores more diverse and approachable musical directions. The main and last stages of the album’s production took place in Tel-Aviv with a full band: Amit Erez, Yoav Brill, Yehu Yaron, Morphlexis, Aviv Barak, Sefi Ziezling and Ronen Roth who recorded and mixed the album. Additional musicians who contributed to the album: Helena Espvall (Espers), Thomas Browning, Alison Cotton (The Left Outsides) and the American contrabassist/cellist Chris Bell.

“Noa’s recent music sees her grow as a songwriter and performer. And with songs like Blue Bound we should expect her forthcoming new record to be one of the most interesting Israeli releases of 2015” (beehype, May 2015)

“Striking work by this Israeli singer-songwriter, possessing a willowy, chilling voice and milky lower register, delicately accented in the style of a femme Nick Drake channeling Nico, that lends a spectral presence to this gorgeously arranged set…Thrilling both instrumentally and in its welcoming, outstretched ambiance, its gentle, mildly unsettling facades chase the sundown with a bewitching drive…” (Other Music)

“Writing all her own songs, she evokes a sad yet arresting timelessness which brings to mind Sandy Denny, Vashti Bunyan, early Joni Mitchell and more contemporary SSW’s like Marissa Nadler. But with those comparisons aside, Babayof’s got a rich, warm voice and her intensity is heightened by the dramatic string arrangements on the album, and the lull, exquisite pacing of the songs” (Some Velvet Blog – WXPN Philadelphia’s Bruce Warren)

“Israeli songstress brings timeless beauty to Philly”…”The story of how that album — From a Window to a Wall — came to be seems, in a way, to threaten any kind of myth or legend surrounding Babayof, whose music is steeped in a peculiar and ancient beauty that would seem to transcend modern life altogether. But with just one listen, it becomes clear that her music is indeed something timeless, something that exists beyond our efforts to classify, categorize, and mystify”(The Northeast Times paper)

“The beautiful debut album by Noa Babayof is released in the new record label Anova, who focuses on Israeli artists who sings in English and meanwhile presents an impressive choice of artists. In From a Window to a Wall dominates some sore of a strange and intense peacefulness, as if it was the soundtrack of an ancient legend. Babayof’s main asset is her voice, which has angelic characteristics but is not angelic. It also has dark characteristics, but is not dark. Maybe the right word is dim. But anyway, it is a very special voice, which receives an impressive sonic tapestry. Minimalist yet fleshy, designed by the American musician Greg Weeks. He did a great job; the dominant strings does not function as a decoration only, but gives the songs the dynamic that’s missing in Noa’s deliverance and pushes them onward. Every now and then some silent instruments like harps and bells are combined (there are no percussions at all), and the second when the mandolin enters One Song is a lesson in creating an emotional drama with the most simple and delicate means” (Ben Shalev, Haaretz, December 2007) 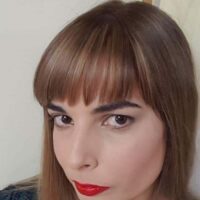