Ora Ruven came to art at a mature age, beginning her work in stone carving, dealing with monumentalism; capturing the moment and preservation. After a period of time, she made a transition and became a painter who paints Naked Men. Ora’s paintings deal with the examination of the man’s naked body. In her video works, she documents the sessions with the men who come to model for her.

Thus, Ora deals with the traditional politics of the man-woman relationship manifested in the male view of the female.

"Mosques In Tel Aviv" is a digital photography project that reflects the Israeli politic. As a Holocaust’s survivor daughter, living in a conquered (1948) Arab house in Jaffa, Ora asks in these works about the vision of mosque in Tel Aviv – possible or not?

"Ora Ruven, go home" – Ora painted memories on her old home walls in Arab-Jewish Jaffa. Ora’s artistic life began in the fifth decade of her life, voicing concern and a eulogy about the future of her grandchildren in complicated Israel, and the passing time, the political options open to a woman of age, in a patriarchal, youth worship culture.

Ora’s work deals with the relationship between the naked body, the naked soul, self and society-self while questioning the unexposed. Some years ago she became concerned with naked men, and personal/national life in Israel. These days: “Old woman” is a dirty word, a third gender, the new “other”. The world counts out old women. I use my ‘old’ year’s body to clean “old” and I look at the eyes of oldness fear.

How to do art? All these issues meet colors, forms, materials, computers, the internet, and people – are the elements in Ora’s life. She mixes it like a child on the beach, playing with water, sand and seashells. In her project ‘Red Pompeii’, Ora put together all these art elements and designed a space for people to see, to say, to play, to install, to participate and make art.

She founded the cooperative not for profit P8 Gallery in 2008, and served as its artistic manager and curator 2008-2015:
Management Member in The Association of Women's Art and Gender. 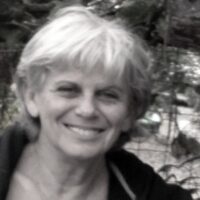