As a soloist Roglit Ishay was a guest at the Dresden Staatskapelle, the Dresden Philharmonic, the Scottish BBC, the National Theater Orchestra of Mannheim, among others, under conductor such as Giuseppe Sinopoli, Herbert Blomstedt, Lothar Zagrosek, Martyn Brabbins, Jun Märkl, Ilan Volkov and Martin Fischer-Dieskau

Roglit Ishay is a current member of the Bartana-Barak-Ishay, as well as of the Israel Piano Trio, with which she had toured together through Europe, Israel, Turkey, Russia, China and South America. Together with Kai Vogler and Peter Bruns, leaders of the Staatskapelle Dresden, she founded the Dresden Piano Trio, which had toured and recorded extensively for 15 years.

She took part at the Marlboro Music Festival, the Berlin and Dresden Festspielen, the Dartington Festival, and the Moritzburg Festival, among others.

Since 2011 serves Roglit Ishay as a senior Professor for chamber music at the Musikhochschule in Freiburg, Germany and gives master courses in Germany, England, Spain, China and Israel.

As a composer Ishay concentrates on chamber music ensembles, writing
on a vast range of genres. Her “Poema” trio, released on “Hänssler”, was dedicated to the pepople of Le-Chambon-sur-lignon, who saved thousends of jews during the Holocaust.

On 2006 she founded the intercultural concerts of „Musica Mundi Frankfurt“ at the Alte Oper Frankfurt and serves as its artistic director.

She studied piano with Madeleine und Walter Aufheuser in Tel Aviv and with Veronica Jochum in Boston and studied Philosophy at the Tel-Aviv University. 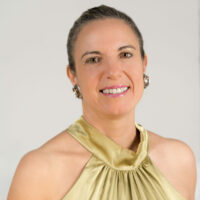