Rotem Sivan’s guitar skills are heralded across the globe. The New York Times has praised him as “more than a very good young guitar player.” Downbeat Magazine has called him “a remarkable talent.” And universally beloved music platform, Treble FM, has described him as a “bonafide guitar god with rugged Israeli sex appeal and skills that make us swoon.”

Rotem completed his studies in both classical composition and performance with honors in Tel Aviv and NYC. Rotem tours with his band most of the year playing in world- renowned festivals and clubs. He has performed in countries such as France, Italy, Spain, Germany, Austria, Belgium, Poland, Slovenia, Mexico, Chile, Costa Rica, Puerto Rico, Israel, UK, Canada and India among others, and has given workshops around the world in top universities and schools.

He has performed at many clubs and festivals around the world such as Polanco Festival, Chutzpah Festival, Marseille Festival, Nice Festival, Exposure Festival, Montreux Festival, Utopia Music Festival, Bern Festival, Ottawa Festival and Sonora Jazz Festival to name a few.

Rotem has developed a strong online presence with over 32k followers on Instagram alone. His last album, Antidote, charted on Billboard jazz at #16 and on iTunes as #1 on the jazz charts and top 100 album on all iTunes music. Upon graduation Rotem moved to NYC to pursue his passion for music. While making his first steps in the local scene he was also studying at The New School for Jazz Contemporary Music.

“The gifted guitarist combines energy, ideas and undeniable chops..A remarkable talent and a welcome new voice on the scene.”

“He lets you hear the innate sound of his instrument, using classic jazz-guitar tone with dynamics and a searching quality to his improvising.. He attains a kind of private language.. It’s the kind of thing that makes you listen harder.”

Rotem Sivan is, with no doubt, the next guitarist of our times. He is a leader and a listener.”

“I am confident in Sivan’s unique abilities to transform the jazz guitar world.”

“His style and sound bring a fresh flair and a remarkable sophistication to jazz, which transcends audiences”

“Not only is Rotem Sivan a master of jazz guitar, he is a true artist”

“Rotem Sivan has carved a place for himself in the New York jazz scene through his daring improvisation, astute band leading and technical ability but above all his lyricism and musicality.

“Antidote” is a smartly crafted combination of all these qualities in a beautiful package. The album never gets boring as the trio keeps moving throughout a wide variety of moods and soundscapes with musicality always being the prevalent force. Rotem has been one of the guitar players to watch for sometime now. This album establishes him as a force on the scene.” / Antonio Sanchez

“Rotem Sivan is one of the most creative and adventurous guitarists on the scene today. He has a great imagination and the technical abilities to communicate what is inside that imagination. More importantly, he has the courage and confidence to follow his musical ideas and impulses through to create something that is all his own.” / Peter Bernstein

“When a statement is achieved with such precision, what’s captured attains an importance that shall last. Antidote is a special recording, and it shall fulfill many guitar aficionados without question”. / Pat Martino 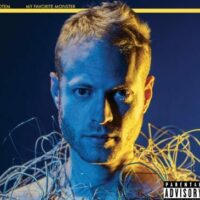