Aged 17, Levanon has already made a remarkable start to his career. Having won numerous international prizes, he has played on prestigious stages all over the world with high-level partners, and has received an enthusiastic welcome from both the public and the critics, who salute his extraordinary musical maturity.

2020 started with a Solo Recital performance in a “Piano Summit” with Martha Argerich at Schloss Elmau, Germany. Later during the year Yoav performed at the Riga-Jurmala Festival, at the Verbier Festival 2020, at the Piano Jacobins Festival in Toulouse and at the Foundation Louis Vuitton, Paris. Yoav made his Canada debut with Vancouver Symphonic Orchestra, performing a spectacular ‘2 Rhapsodies Night’ program – S. Rachmaninov “Rhapsody on theme of Paganini” and G. Gershwin “Rhapsody in Blue” under the button of the VSO’s musical director Otto Tausk.

In 2019, Yoav appeared as the youngest pianist in festival history at the renowned Swiss Verbier Festival and was celebrated as a “discovery”. His debut Solo Recital, broadcast globally on medici.tv, gained the largest online audience of any of the 2019 Festival’s events. As “Le Temps” wrote: “Among the stars of Verbier, magical touch of Yoav Levanon, the little prince of the piano. Yoav Levanon made quite an impression at the opening weekend of the Verbier Festival … This is an authentic musician, innately and naturally lyrical … The Israeli pianist intuitively traces the architecture of a work and the melodic curve of a phrase … His playing is full of supple elegance …”

Soon after, Yoav took part in the Tsinandali Festival, Georgia, where he played Mozart and Bach Concertos for Two Pianos and Orchestra with acclaimed pianist Sergei Babayan. During the same year, 2019, Yoav received “Young Talent Award” of the “Excelentia Foundation” and performed in a ceremony at the National Auditorium Madrid with the presence of her majesty Queen Dona Sofia. Later on, he made his orchestral debut in Spain on the same stage performing Tchaikovsky concerto No1. with Santa Cecilia Classic Orchestra.

During the year 2018, Yoav, then 13, performed the Rachmaninoff Piano Concerto no.2 with the Israeli Philharmonic Orchestra in concerts titled “First Prize – the best young pianists in the music world”. Later during the year he participated in the Verbier Festival Academy, Swiss, performed a solo recital at the Verdi Theatre, Italy, and took part at the Verbier Festival at Schloss Elmau, Germany, performing a solo recital and participating in a chamber music concert. Yoav was named as one of 10 extraordinary Israelis under the age of 16 who have “accomplished by the age of (less then) 16 more than many of us do in a life time”.

Being only 11 years old, Yoav performed the Chopin Piano Concerto no.1 on the prestigious San Carlo Theatre stage under the direction of the well-reputed maestro Daniel Oren. In a breathtaking performance, Yoav won the audience excitement by his delicate Chopin interpretations, with an astounding variety of timbre and fluent virtuosity.

“The child is undoubtedly a genius. A unique talent. Yoav Levanon played in a way that pianists in their 40’s can’t play. This child’s depth is indescribable……the way he sings, the poetry of this boy is extraordinary, truly extraordinary! And he captivates the audience.”

The critics praised the performance:

“Young Yoav Levanon aroused great enthusiasm at the San Carlo theatre, being one of the promising upcoming stars of classical music”

“Yoav’s style of piano playing is bewildering: it’s filled with both a rare sensitivity and a rigorous technique, and he grasps each note even in the most virtuous passages. He’s aware of phrases, rhythm, shapes, and dynamics, thanks to his noble and clear touch. He takes a distance stand from the most recent interpretations, piano tight-rope walkers, and media-sponsored sideshows. His style can be compared to that of the legendary Arthur Rubinstein.”

“All this sounds like a miracle if you consider that it came from an 11 year-old talent child, the first young performer in the history of the San Carlo theatre….” Paola De Simone, Dec 2015, Napoli, Italy

At 10, Yoav became the First Prize winner of the Pnina Salzman Piano Competition and “Piano Forever” piano competition. At the age of 9, Yoav performed the Beethoven’s First Piano Concerto with the Raanana Symphonette Orchestra and received the Sharett Creative Excellence Grant from the America-Israel Cultural Foundation.

When Yoav was 8, he opened the “International Summer Jewish Festival” performing with the Franz Liszt Chamber Orchestra. After the concert, that took place in Europe’s largest synagogue – Dohány Synagogue – in Budapest, an enthusiastic critic stated:

“…Yoav Levanon is not a child prodigy. He is an eight-year old artist of high caliber…” Agnes Kory, MusicalCriticism.com

Shortly thereafter, Yoav was chosen to join a tour with the acclaimed Moscow Virtuosi Chamber Orchestra to perform Haydn’s Concerto under the baton of maestro Vladimir Spivakov who expressed his feelings by saying:

“Yoav was blessed by a touch of God”

Yoav appears on stage from the age of 4, at 5 he became a winner of his first National Piano Competition in Israel. At 6, Yoav won his first Gold Medal at an International Piano Competition in the USA and performed on the prestigious stage of the Carnegie Hall in New York. He made his orchestral debut with Israel Chamber Orchestra at the age of 7.

Yoav is guided by top piano professors and musicians in Israel and abroad and he is privileged to take part in the ‘Piano Program for outstanding young pianists’ at the Jerusalem Music Center, directed by the distinguished American concert pianist and conductor, Murray Perahia. 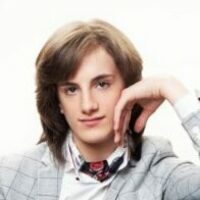