Ziv Koren has been a professional photojournalist for over 25 years. He began his career as a photographer in the Israeli army. Today, Koren works for the Hebrew daily “Israel Hayom”, represents “Polaris Images” photo agency in Israel and serves as a “Canon Ambassador” for EMEA.

Koren’s documentary projects focus mainly on humanitarian issues in Israel and around the world such as the Israeli-Palestinian conflict, poverty, the tsunami in Southeast Asia, the earthquake in Haiti, AIDS in South Africa and more. In addition, he has documented the Israeli Defense Forces for more than two decades including military operations such as the Israeli disengagement from Gaza, the Second Lebanese War, military operations “Cast Lead”, “Pillar of Defense”, “Protective Edge” and more.

His award-winning photographs have contributed to many solo and group exhibitions worldwide at the Metropolitan Museum of Tokyo, the Memorial Museum in Spain, and the War Museum in Croatia, and in the project “War / Photography: Images of Armed Conflict and Its Aftermath” at the Museum of Fine Arts, Houston, to name a few.

In 2000, Koren’s 1995 photograph of an exploded Israeli bus was selected as one of the 200 most important images in the last 45 years by World Press Photo. He is also the frequent recipient of prestigious prizes such as the “Photo District News Award” (3 times), “Yann Geffroy Award”, “International Color Award” (twice) and “Picture of the Year”.

Koren was the subject of the documentary film “More Than 1000 Words” which was widely screened at film festivals around the world, garnering a dozen awards. He regularly lectures at workshops and universities worldwide. 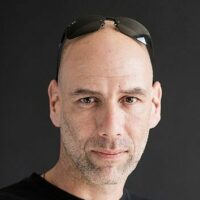