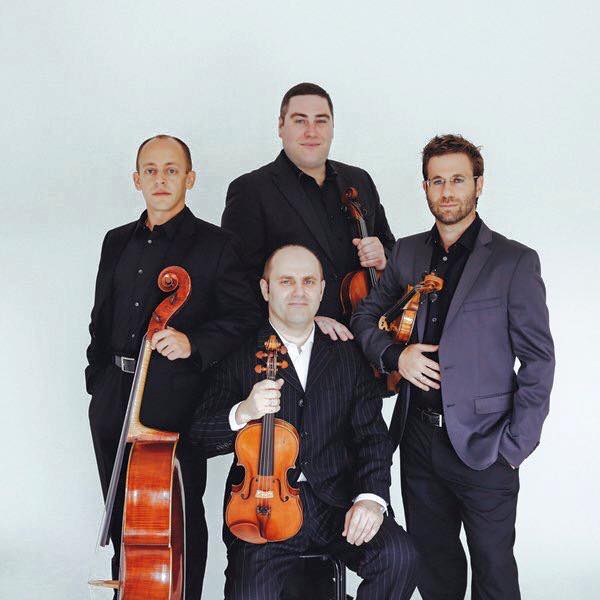 Lauded for their “intelligence” and “immensely satisfying” playing by the New York Times, the Amernet String Quartet has garnered worldwide praise and recognition as one of today’s exceptional string quartets. Ensemble-in-Residence at Florida International University in Miami since 2004, the group was formed in 1991 while its founding members were students at the Juilliard School. The Amernet quickly rose to international attention after their first season, winning the gold medal at the Tokyo International Music Competition, before being named first prize winners of the prestigious Banff International String Quartet Competition. The Amernet’s busy performance schedule has taken the quartet across the Americas and to Asia, Europe, and the Middle East. They have collaborated with many of today’s most prominent artists and ensembles including the Tokyo, St. Lawrence, and Ying quartets as well as Shmuel Ashkenasi, Robert deMaine, Andres Diaz, Roberto Diaz, David Ehrlich, Guillermo Figeuroa, Yehuda Hanani, Gary Hoffman, Marc Johnson, Ida Kavafian, Paul Katz, Anton Kuerti, Ruth Laredo, Seymour Lipkin, Valentina Lisitsa, Anthony McGill, Rainer Moog, Christopher Rex, Nathaniel Rosen, Barry Snyder, James Tocco, Kyung Wha-Chung, and Zvi Zeitlin.

Prior to their current position at Florida International University, the Amernet held posts as Corbett String Quartet-in-Residence at Northern Kentucky University and at the University of Cincinnati College-Conservatory of Music. Additionally, during 2004-2005 the ensemble served as the Ernst Stiefel Quartet-in-Residence at the Caramoor Center for the Arts. Among the Amernet’s notable engagements have been appearances at Ravinia, Lincoln Center, the Harvard Musical Association, and Princeton University, and at major festivals around the world, including Lucerne, San Miguel de Allende, Aviv (Israel), Colima (Mexico), Great Lakes, Maui, Mostly Mozart, Music in the Mountains, Maverick Concerts, Morelia, and Bowdoin.The Amernet String Quartet has received grants from the Corbett Foundation, the Greater Cincinnati Foundation, the LaSalle Foundation, the Fine Arts Fund, the Cincinnati Chamber Music Society, and the Amernet Society for school outreach projects; the commissioning of new chamber music works; and their unique concert and conversation series. The group was the recipient of a Chamber Music Rural Residency Award in 1995. During that year they divided their time among the communities of Johnstown, Somerset, and Indiana, Pennsylvania.

The Amernet has always been committed to the music of our time and has commissioned works from many of today’s leading composers, working closely with composers including Anthony Brandt, John Corigliano, Stephen Dankner, David Epstein, Toshi Ichiyanagi, Harold Meltzer, Gerhard Samuel, Morton Subotnick, and Dmitri Tymoczko. Additionally, the group has made many recordings, among which are the Concerto for Clarinet, Oboe, String Quartet and Bass by John Harbison with Sara Lambert Bloom and Charles Neidich as soloists; The Butterflies Began to Sing, a work for string quartet, bass, MIDI keyboard and computer by Morton Subotnick; an album of quartets by the American composer Stephen Dankner; the string quartet and double bass quintet of Dmitri Tymoczko; and a pairing of the Debussy String Quartet and the Chausson Concert for Piano, Violin, and String Quartet, with James Tocco and Yehonatan Berick. In addition, the Amernet is keen on exploring collaborative projects, and has recently appeared with jazz pianist Steve Allee; onstage with Josée Garant Dance; and with the Kruger Brothers. The Amernet also actively advocates for neglected works of the past and aims to enliven the concert experience through its innovative programming. 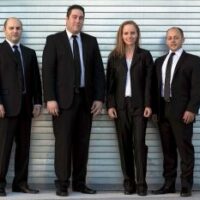