Amit Gilutz (b.1983) is a graduate of the Israel Arts and Sciences Academy in Jerusalem and the Rubin Music Academy in Jerusalem. He studied at Cornell University with Steven Stucky and Roberto Sierra, as well as Fabien Lévy (Columbia), Among his principle teachers there were Andre Hajdu, Yinam Leef, and Mark Kopytman.

Among the prizes and scholarships Amit has won are the America-Israel Cultural Foundation scholarships for composition (1999-2008), first prize in the 2003 Mediterranean Music Center Composition Competition (Greece), prize for outstanding achievement from the director of the Jerusalem Music Academy, first prize for the Chana Idor Avni Composition Competition, Klon Scholarship for young composers, the 2007 ACUM award for his "White Darkness," the Prix Nadia Boulanger of the 2010 Ecoles D'Art Americaines de Fontainebleau, and the 2011 NewEar composition competition for student category.

His music has been performed by ensembles and orchestras, among which are the Argento Ensemble, Tel-Aviv Soloists Ensemble, Meitar Ensemble, the Israeli Chamber Project, Ensemble Adapter, and many others. 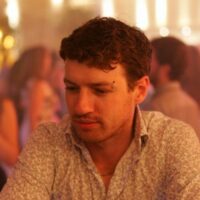