Born and raised in Israel. Soon after military duty, Atara traveled to Italy and studied sculpture at the Academia Della Arte in Rome, under world renowned sculptor Emilio Greco. In London, she studied the human form in various schools; in New York, Atara spent some time at the Art Students League and, in Los Angeles, at Los Angeles City College.

Atara moved on to new experiences in South Africa, studying full-time under well-known artists, Bill Ainslie, in his own school, for six years, and Noel Bisseker at the Johannesburg College of Art, and generally accumulated a great deal of experience concerning her deep interest in the meanings of color and its relationship to observed form. The culturally integrated tribal life, particularly that of the Bushman people, manifested in the richly textured lifestyles and artifacts which she encountered in South Africa, to a great extent shaped her present artistic expression, in which color, as always, and the primeval play important roles. Late in 1979, Atara settled in San Diego, California, where she studied under the late Gary Hansmann, an intensely committed printmaker, who proved to be a prime catalyst in her efforts to translate her African experiences into oil and mixed media.

The resulting “masks” that have evolved since are an interpretation of her life experiences in two diverse cultures that share an intense and politically volatile relationship to the land: in Israel, where Atara was born and bred, and in South Africa, where she was exposed to the many inequities of life and differing artistic philosophies.

Atara has been a member of the San Diego Artists Guild and San Diego Art Institute, and her work is in private collections in South Africa, San Diego, Los Angeles and Palo Alto, California, Olympia and Seattle, Washington State, Ohio, Colorado, Utah, Chicago, IL, New Haven, Connecticut, New York, Mexico and Israel, and is at present working from her studio in La Mesa, Ca. 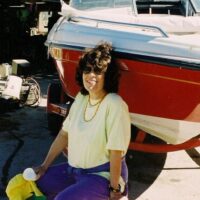