Israeli born dancer and choreographer. She holds a B.A. in Dance from Columbia University and an MFA in Dance from Hollins University. As artistic director of her NY based dance troupe between 2000-2003, The Red Hill Project, she has created works that are showcased at various venues across the US and Canada.

Since her return to Israel, she has been teaching, giving workshops and choreographing for the Batsheva Dance Ensemble, OtherDance Festival, IntimaDance Festival, International Exposure, Curtain Up Festival and Dance Arena festival, to name a few.

Ruttenberg seeks to create works that engage all the senses, not excluding the sense of humor, and to expand the existing audiences for dance. To that aim, she collaborates with artists from different fields (theater, film, music and visual art), and examines new angles for the presentation and experience of dance. In 2014, she succeeded in making 2000 audience members move as one at the world’s largest Pecha Kucha event.

Ruttenberg continues to produce and present her own work in Israel and abroad. Her Dance-Films Private I’s and Glove Story (Director: Oren Shkedy) have screened internationally and have won Outstanding film Award at the Jumping Frames Festival, the Audience Choice Award at Dance Camera West and first prize at the Tallahassee International Competition, among others. ScreensArt, a series of dance artworks for the screen, premiered at Fresh Paint in Tel Aviv and exhibited at the Miami Art Week 2012 and in Art Brussels in 2015. A solo exhibition of Ruttenberg and Shkedy’s dance-based video artworks, CUT! premiered at Chelouche Gallery in Tel Aviv, and showcased at the UNTITLED Art Fair in Miami in May of this year.

Dana is the founder and artistic director of Project 48 Dance, now entering its 8th year, a creative blind-date adventure that brings in over 40 artists to create original dance works in two 24 hour rounds, in collaboration with Batsheva Dance Company and various academic institutions. She is the founder and curator of Studio Visits, a series of intimate encounters with choreographers and their work-in-progress, open to the public. In 2020 she was appointed artistic co-director of Curtain Up Festival.

Dana continues to create choreography for various Theater and TV productions throughout Israel, teach and perform abroad (Senegal, USA, Hungary, Denmark, South Africa, Italy, Austria, Serbia, Spain and Russia to name a few). She was on faculty at the Tel Aviv School of the Arts Dance Department between 2005-2015 and is currently on faculty at the Jerusalem Academy of Music and Dance’s MA Program. In Spring 2013, she was a visiting artist at Florida University as part of Schusterman Foundation’s Visiting Artist Program.

She is the winner of the 2013 Minister of Culture Award. She was awarded the distinguished 2012 Rosenblum Award for Promising Young Artist by the municipality of Tel Aviv. 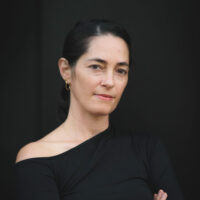