Dover Kosashvili was born in Georgia, in the former USSR, in 1966 and has lived in Israel since 1972. He studied philosophy and film at Tel Aviv University, where his short film WITH RULES, received a top prize at the Cannes Cinéfondation in 1999.

Dover Kosashvili directed his first narrative feature, LATE MARRIAGE,(aka Marriage Tardif ) in 2001. LATE MARRIAGE was presented as an Official Selection of the Cannes Film Festival in the Un Certain Regard program, and was released theatrically to international critical acclaim. The film was awarded every top prize at the Israeli Oscars, including Best Actress, Best Actor, Best Director and Best Film, as well as numerous festival and critics prizes, and broke box office records in Israel and abroad for Israeli films.

His second feature, GIFT FROM ABOVE, was released in Europe in 2006. Dover Kosashvili completed his first US project in May 2008, a feature film based on the famous Novel by Anton Chekhov " The Duel" , produced by Donald Rozenfeld, USA.

INFILTRATION, released in 2010, and based on the best seller by Yehoshua Kenaz, was awarded at Israeli Oscars and Jerusalem Film Festival.

SINGLE PLUS has been released in 2012.

LOVE BIRDS, his new feature was released at the end 2016. 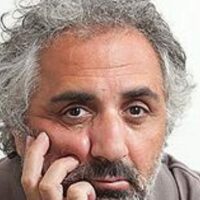