Erga Netz is a cultural entrepreneur, with experience in stage and screen cultural events, documentaries, music, and theater shows.

Erga created her own company and foundation. She has a proven track record in producing and managing cultural events, documentaries, music, and theater shows, as an actress and video artist. Video filming and editing, website building, various PR activities, and writing.

2015 – the Dutch tour of the Israeli production (in English) of The Timekeeprs, 5
shows all over the Netherlands

2017 – the Israeli comedy The Marriage Certificate by Efraim Kishon – also as
actress, 5 shows in Amsterdam and Den Haag

2018-2019 – the Hebrew production of The Child Behind The Eyes by Nava Semel,
directed by Lia Keunig. 12 shows all over the Netherlands

2020 – the Israeli comedy-drama Tourist Guide To Warsaw by Hillel Mittelpunkt, 6
shows all over the Netherlands

2009 - ‘In Search of the Jewish Secret’ (30 min.) Experimental documentary onnorms and values, in an MTV form.

2002 – The Way We Are (25 min.) A social-historical documentary on the 25 years of the Pétanque club Museumplein in Amsterdam.


Supported by the Stimulerings Fonds and CoBO Fonds

Winner of Best Documentary at Besalu Film Festival, Spain, March 2008 for How to: Be or Not to Be

Winner of the GOLD SPECIAL JURY AWARD, Worldfest Houston, USA, 1993 for The Invention of the Parking Meter 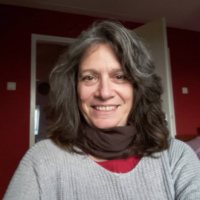