Exhibited in prominent museums and galleries in Israel, Europe, Japan and USA.

Her artworks are being studied as part of a program called ‘Roots on Visual Arts’ that initiated on 2017 by the branch of visual arts in the Israeli ministry of education in cooperation with Beit Hatfutsot. She lectures about her work in front of students as part of a program named ‘Sal tarbut’ (a project of the Israeli ministry of education) in art colleges and university programs. Additionally, she teaches and creates at her studio in Kibbutz Sha’ar Ha’Amakim.

Many of her works follows the feminine feminist voice which is absent from the narrative of the Zionist enterprise, as being studied in the school system and became fixated in the Israeli masculine art scene.

Graetz-Ran operates as a painter who is both a researcher and an artist and uncovers testimonies such as personal diaries, objects from the past and photographs. Present reality of violence permeates through the seemingly innocent painting of Graetz-Ran and reflects on dimensions of breadth and depth of the public domain: nation, community and also the realm of the individual.

The subjects of the creation of Graetz-Ran deals with the connection and the continuity of local history, mainly of Jezreel Valley. By unearthing historical photographs, which she liberates from old family albums and converting the image from photography to painting, she revives a past reality and stimulates a discourse about forgotten themes.

Hence, the graceful paintings of Graetz-Ran raises difficult questions about seduction, memory and nostalgia and arouses the sleepy arteries of painting with new liveliness of layers of time gone by. This painting is feminist, ethical and political.

Her works are included in museum collections as well as in private collections. 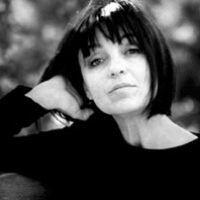