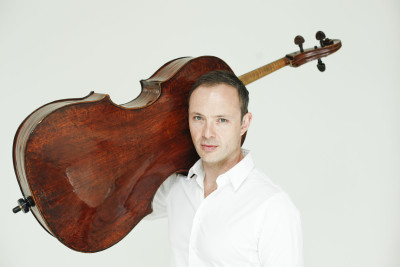 Born in Minsk, Belarus to a family of professional musicians, Kyril Zlotnikov began his studies at the Belarusian State Music Academy with Prof. Vladimir Perlin. He continued his studies in Israel with Prof. Uzi Wiesel and Hillel Zori, completing his musical education under the direction Prof. Michael Khomitzer in Jerusalem Rubin Academy of Music and Dance. While a student, Kyril Zlotnikov participated in master classes and courses with such prominent musicians as Isaac Stern, Yo-Yo Ma,Natalia Gutman, Boris Pergamenschikow, Aldo Parisot and Georgy Kurtag.

Since 1991 Kyril Zlotnikov was a recipient of a scholarship for musical achievements from the America-Israel Cultural Foundation, won prizes in many contests including the Clairmont Competition, the Braun-Roger Siegl Competition, the Pierre Tarcali Prize is the most recent one.

Along with his extensive chamber music appearances Kyril Zlotnikov has performed and been broadcast as a soloist with internationally renowned orchestras, such as the Israel Philharmonic Orchestra, Jerusalem Symphony Orchestra, the Ludwigsburg Symphony Orchestra, The Gulbenkian Orchestra, West-Eastern Divan Orchestra, Jerusalem Camerata and enjoys artistic collaboration with acclaimed conductors including Daniel Barenboim, Zubin Mehta, Pierre Boulez, Lawrence Foster, Asher Fish, Simone Young. He has a wide repertoire covering the important cello works of the baroque, the classical period, romantic and the contemporary music.

From 2002 till 2012 Kyril Zlotnikov had been a principal cellist and a teacher of the cello group at the “West-Eastern Divan Orchestra” under Maestro Daniel Barenboim. He also frequently took part in special projects and tours of the Berlin Staatskapelle Orchestra as a guest principal cellist.

Zlotnikov has recorded the complete Mozart piano trios with Maestro Daniel Barenboim and violinist Nikolaj Znaider. The two CDs were released by EMI in April 2006.

Kyril Zlotnikov plays a 1710 Giovanni Battista Ruggieri cello which was loaned generously to him from a private collection for life time.