Lior Peeri is a pianist, a recipient of America–Israel Cultural Foundation scholarship for 2018-2019.
In the last few years, He has played in Israel and abroad with the Thelma Yellin Big Band Orchestra, the Israel Conservatory Big Band Orchestra, Ra’anana Symphonette and more.

Lior was born in Israel on 1997 and has been playing piano since he was 10 years old. He is a graduate of the jazz major at the prestigious Thelma Yellin High School of Arts in Givatayim, where he has played in presentable ensembles in Israel and abroad (Germany, 2014; USA California – Jazz Education Network Conference, 2015).

On 2014, when he was at the eleven grade, Lior composed his own music to the theatre play The Good Person of Szechwan by Bertolt Brecht, which had shown at the high school.
He was also the musical director of the show and accompanied the play in piano.

In 2014, he got a scholarship to the Berklee Five Weeks Summer Performance Program. At the same year, he was working with his own trio and performed a few times in Israel.

During 2015, he was a part of the Alata ensemble together with two friends from school. They played and developed their own music, performed a few times and arrived in the last level of the 2015 young competition by the Red Sea Jazz Festival. In addition, they recorded an EP at the Bardo studios, Tel Aviv. During his high school years, Lior was studying piano with Mr. Rami Levin.

During the years 2015-2018, Lior was serving at the IDF as an outstanding musician. In the same years, he was studying at the Israel Conservatory of Music Tel Aviv in the academic program with the New School New York. There, He was studying jazz piano with Omri Mor and classical piano with Keren Hanan.

Since 2018, Lior has been performing consistency with pianist, composer and conductor Gil Shohat and he is a part of the Seven Grand Pianos show pianist cast, together with artists such as Shlomo Gronich, Omri Mor, Rami Kleinstein and more. Today, Lior is studying classical piano with Professor Benjamin Oren.

Beyond his musical activities, Lior took place in some musical social projects to bring the music for all population parts. When he was a student at Thelma yelling, he participated in Over The Rainbow project. When he was an outstanding musician soldier, he participated in Sulamot – Music for Social Change project, by the Israel Philharmonic Orchestra. In both projects, he teaches young children to play a musical instrument. 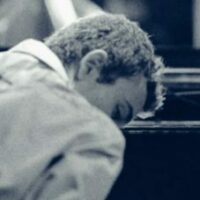