Lior was born and raised at Kibbutz Yad-Mordechai. She studied art at the Avni Institute- College of Fine Arts, Tel Aviv. As a wanderer between worlds, she knows that the most magnificent landscapes she’s experienced are invisible to the eye; revealed only to those who wish to see them.

In her creative work, she grasps the tip of the thread that has been dangled before her from the hidden corners of her consciousness; a gift to be used in “weaving” a work of art. Naturally, this thread undergoes a change in the studio. Studio work focuses on a dense, material existence that tries to cloak the magic threads in a physical body. Over the years, the work has become more and more material, and nevertheless more precise. As she blends, paints and sculpts, the crevices of consciousness remain close at hand. Attention is sharpened, vision clears, fear subsides, and she is better able to contain the visions she sees and passes them along. 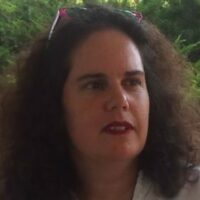