Sang under the baton of a variety of conductors, among which are Zubin Mehta, Daniel Oren, Allen Gilbert, Pedro Halffter, Nikolaj Znaider and John Fiore.

In the season of 19/20 in Dresden she will be debuting new roles such as Fenena (Nabucco), Annina (Der Rosenkavalier) and Filipjevna (Eugene Onegin). She will also be joining the Saarländisches Staatstheater for two productions as Erda in Das Rheingold and as Hanna in Die Passagierin.

In the season of 17/18 she joined the Junges Ensemble of the Semperoper Dresden. During the course of her two years in the Junges Ensemble, Michal performed roles such as Brigitta (Die Tote Stadt), Cornelia (Giulio Cesare), Fortunata (Satyricon), Mary (Der Fliegende Holländer), Dritte Dame (Die Zauberflöte), Hata (Die Verkaufte Braut) and more.

In January 2018 she took part in the “Aviv” competitions (the America-Israel Cultural Foundation prestigious contest) in Israel, and won a Special Achievements Award from the competition’s management as well as the Audience Choice Award.

In The season of 16/17 Michal joined the “Meitar” Opera Studio of the Israeli Opera in Tel Aviv, where she performed roles both on the main stage and in chamber productions. Memorable ones were Baba in Menotti’s The Medium and Zia Principessa in Puccini’s Sour Angelica. In October 2016 she made her USA debut as Maddalena in a Rigoletto production with the Opera in Williamsburg, Virginia.

She accomplished her B.Mus. degree from the Buchmann-Mehta School of Music in the Tel Aviv University, where she studied with Danna Glaser.
During her studies Michal was chosen by Maestro Zubin Mehta to sing in the School’s Gala concert, conducted by Mehta himself. She received the 1st prize in the BMSOM’s annual Vocal Competition and 3rd prize in the school’s annual Contemporary Music Competition.

Michal is a recipient of many excellence scholarships from institutes and organizations such as The Buchmann-Mehta School of Music, the America-Israel Cultural Foundation, the Ronen Foundation, the Eli Leon Foundation and the International Summer Opera workshop in Tel Aviv and New York 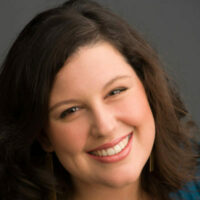