Ory Shihor has been hailed by New York Newsday as “the first important Israeli pianist to come along in years.” He has established himself as one of the leading young pianists in America today with highly successful debuts in New York, Washington, D.C., Boston, Los Angeles and Pittsburgh. Mr. Shihor is the recipient of the 1986 Young Concert Artists International Competition, the prestigious Gina Bachauer Prize at the Juilliard School, and first prize winner of the 1999 Washington International Piano Competition. In addition he was a prize winner at the 1998 Ninth Arthur Rubinstein International Piano Master Competition and at the 1997 Cleveland International Piano Competition. In the 1999-2000 season, Mr. Shihor will perform at the Kennedy Center’s Terrace Theater in Washington, D.C.

Born in Tel Aviv, Mr. Shihor was a recipient of America-Israel Cultural Foundation scholarships from the age of twelve (1980-1985). He came to the United States at the age of fifteen to work with Jorge Bolet at the Curtis Institute of Music and later studied with Russell Sherman at the Juilliard School in New York, where he completed his Bachelor of Music. Mr. Shihor is currently completing graduate studies at the University of Southern California with the distinguished pianist and teacher, John Perry.

Ory Shihor is an internationally acclaimed, award-winning pianist and renowned pedagogue with expertise in developing young gifted pianists to their fullest potential.

A former dean and piano professor at the Colburn Conservatory, Mr. Shihor has conducted lectures and masterclasses at major conservatories, universities and festivals around the globe and has served as an adjudicator in significant international competitions.

His students have garnered impressive credentials and are first prize winners of prestigious international competitions such as the Naumburg and Hilton Head, and are regularly accepted to top conservatories and universities, such as Juilliard and Yale University.

After a 20-year teaching career in higher education, Mr. Shihor and his wife, Maria Liu, co-founded the Ory Shihor Institute (OSI) where he continues to develop young gifted pianists and train a new generation of piano teachers using his proven teaching approach.

As a performing artist, Mr. Shihor is noted for his “boldly individualistic” (New York Times) and his individualistic approach as a pianist who has proven he is “not afraid to take risks” (The Washington Post). He has impressed audiences and critics from coast to coast and throughout Europe, Australia and Asia. In eight critically acclaimed concerts in Los Angeles, Mr. Shihor performed Beethoven’s entire 32-sonata cycle. The centerpiece of Ory Shihor’s 2021-2022 season is ‘Beethoven: Darkness & Light’, to be presented at the Wallis Annenberg Center for the Performing Arts in Los Angeles.

Ory Shihor is a Bösendorfer and Yamaha artist. 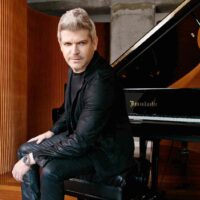