Richard Michael Farber (born December 4, 1945), is an American-born Israeli composer and librettist whose career spans over more than four decades. Farber began his work as a theater and ballet composer from which he moved to large scale stage works and, recently, orchestral and vocal music; to date, Farber has penned eight operas, three of which had been premiered on stage and four on the radio in Germany. Farber is the 2005 recipient of the Composers’ Prime Minister Award.
Operas for the stage 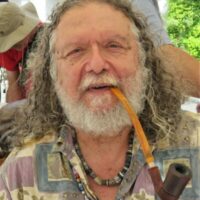