Ronn Yedidia‘s compositions have been commissioned and performed worldwide by numerous soloists, ensembles and orchestras, and have captivated audiences and critics alike. The Israel Philharmonic Orchestra performed the world premiere of his work “Steps In The Wonderland” in May 2007. Major commissions have included the San Antonio International Piano Competition, the Seattle Chamber Music Society, and the Zamir Chorale of New York.

Ronn holds a Doctor of Musical Arts Degree in composition from the Juilliard School – where he was the recipient of the Lincoln Center Scholarship, the Irving Berlin Scholarship, the Henri Mancini Prize, and the Richard Rodgers Scholarship. He also won the Juilliard Composition Competition twice – in 1987 & 1989, and received the Milton Babbitt Prize. In addition to his many international awards, Ronn has won special grants from both ASCAP and BMI, and a New York Foundation for the Arts Fellowship.

Many of his compositions have been recorded by renowned artists and ensembles and released on major recording labels, including SonyBMG, EMI Classics, and on the Naxos’ American Classics series. His solo piano album, “Yedidia Plays Yedidia”, was released by Britain’s Altarus Records and has galvanized the attention of numerous pianists and composers around the world. He has been the founder and director of the New York based series “21st Century Music & On” since 1992 – for which he has been composing a large volume of chamber and vocal works.

Known for his wide versatility, Ronn Yedidia has composed and performed in a variety of mediums, including classical, jazz/fusion, pop song, dance, theatre and klezmer.

In his native country, Israel, he was a well-known child prodigy – equally gifted as a pianist and an accordionist, and later as a young composer as well. His exceptional piano gift became known when at the age of eight he won 1st Prize at the Young Concert Artists’ Competition of Israel. His main teacher & mentor was Pnina Salzman – Israel’s first lady of the piano and a protege of Alfred Cortot.
In 1994 he was invited by Wanda Toscanini-Horowitz to edit and record the unpublished piano compositions by the legendary pianist Vladimir Horowitz – a project which was documented at the American Academy of Arts & Letters in Manhattan.

Yedidia is the founder of two virtuoso ensembles of different nature: the world/fusion/contemporary quintet DanzaNova – in which he serves as an accordionist & composer and also arranges well-known ethnic tunes, and the crossover/fusion quartet Prophets – which records and performs all his music of that genre – and where he is also the pianist.
Ronn Yedidia is a renowned classical piano pedagogue, and he has mentored some of the finest young piano talent in the tri-state area and in international festivals and workshops. He has served as Chairman of the piano department at the Bloomingdale House of Music in New York between 1993-1998, and as Vice President and Program Director of the Piano Teachers Congress of New York between 2001-2004. In 2005 he founded the New York Piano Academy on Manhattan’s upper west side together with his jazz partner, Haim Cotton.
Yedidia’s music is printed & distributed by his individual publishing company, Verse Music, in affiliation with BMI. 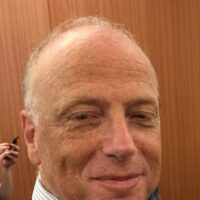