Breaking into the music scene only a few years ago, pianist Roy A. as already earned acclaim from jazz masters Kenny Barron and Jason Moran. With appearances on 20 albums as a sideman and co-leader, Roy’s first album as a leader—titled “Respect” and being released on Jazz Legacy Productions—includes such remarkable players as Reuben Rogers, Greg Hutchinson and special guest Roy Hargrove.

Roy arrived in New York in the Autumn of 2005 with a dream of pursuing his musical career. Shortly after that, he was invited to join the Dizzy Gillespie All-Star Band on piano for an extended European tour consisting of 13 cities, as well as additional performances in Canada, Puerto Rico, and one week at the famed Blue Note in New York City. Since that time, he has been steadily working both with small groups as well as big bands in various venues and festivals around the world. In accompanying these famous groups, Roy has had the honor of sharing the stage with such jazz legends as Jimmy Heath, James Moody, Slide Hampton, Paquito D’Rivera, Roy Hargrove, Ron Carter, Lewis Nash and many more.

In Addition to performing, Roy loves to teach and over the past 14 years, Roy has been teaching all over the world, including the U.S., Europe, Japan, South America and Israel. Roy has been teaching mostly private students but he had also conducted master classes at the PS 361 School in New York City and Introduction to Jazz in more than 20 elementary schools in Jersey City. Roy also served as artist in residence in Imatra International Festival and taught at the famed Sibelius Academy in Helsinki Finland.

Some of the musical areas Roy covered with his students are - basic theory, various piano technique, sight reading, learning songs, improvisation, composition, among many others.

Roy holds a Master Degree from Manhattan School of Music and a Bachelor degree from Berklee College of Music. 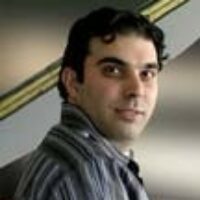