Shadi Habib Allah was born in 1985, in Ein Mahel, a village near Nazareth, Palestine.

Before his studies at the Sam Spiegel Film and TV School in Jerusalem, he received his bachelor’s degree from Jordan University of Science and Technology, Irbid, Jordan, where he studied architecture. In 2018 he created "ARCHETIVE Studio" for architectural projects. He leads weekly architecture & photography workshops with kids in which they are taught how to be creative thinkers in space.

In 2014, Shadi began his studies at The Sam Spiegel Film School, Jerusalem, and graduated in 2019 with the highest honors. 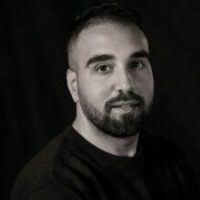