Jury at - Montagro - Bar T.V and films festival 2015
Photographer of the late Ronit Alkabetz - In 2004 in Paris, some scenes were included in the film "Black Notebooks" directed by Shlomi Elkabetz - Festival Cannes 2021.

2021 Pre-production of a scientific and spiritual film about the Pineal gland and the Luz bone. Research directing and producing.

2013 Wrote, directed and produced the documentary film "Lea Koneig`s Loves" the film is about actress Lea Koenig, her total devotion to her profession and her love for her late husband Zvi Stopler. Supported by the Makor Foundation, Habima, channel 1 broadcast. Epos art international films festivals,

2010 Directed and produced ten promotional films about Israel for the Ministry of Tourism, broadcast on the International Fashion Channel.

2005 Directed and wrote documentary film "Dunkel's Last Film" for Channel 8. The film was made with the support of the Rabinowitz Foundation and the New Israel Fund. (Screened at the Jerusalem Film Festival 2005; Nanook Film Festival, Palermo, Sicily 2005; Bar International TV and Film Festival

2002 Wrote, directed and produced the documentary film "Absurd Under War" – a personal journey investigating the developing arts under war conditions in Yugoslavia and Israel. The film was screened at the Belgrade Documentary Film Festival, March 2003; The Yugoslavian Film Festival at the Tel Aviv Cinematheque, March 2003; The Israel Film Festival – Belgrade/Novi Sad/Nish, Oct. 2003; Bar International TV and Film Festival, Montenegro, 2003; and was broadcast on Israel Channel 2. (Received grant from the Second Broadcast Authority – the Brosh Fund, the Snunit Fund).

2003 Casting for the full-length movie "To Take A Wife", a French-Israeli co-production written and directed by Ronit Elkabetz and Shlomi Elkabetz, produced by Mark Rosenbaum, Transpex Productions.

2003 Wrote the original theater play "Under the Water Level" – the script received a development grant from the Rabinowitz Foundation and a grant from Mifal HaPayis.

2020-2021- Complimentary studies for M.A- Cognition and Science of the Brain. Ben Gurion University

Skipper of speedboat {7 meters and 160 Horsepower}

Nablus Chaos world Temple Mount where it all began Hebron- Cave Hamachpela fifteen stairways to Heaven
Beit-EL – Luz The city of God
Beer-Sheva - well of Abraham Bina
The Genesis of humanity took place on the father`s path- We believe that Adam and Eve, Abraham and Sara, Izik and Rivka, Jakob and Lea, are buried in the Cave of the Machpela in Hebron
"The Way of the Patriarchs" encapsulates the early history of the Jewish people and the connection of the Jews to the Land of Israel.
For the man is the tree of the field
The film will tell of the Jewish people's historical connection to the sites along the Way of the Patriarchs, of the meaning of the sites according to Kabbalah, and thus the nationalist-Jewish importance of holding onto them.

The film reveals a voice of the Palestinian street – people who want to be under Jewish Israeli sovereign.[1]

"The three-stranded cord is not soon severed" (Ecclesiastes 4:12)

"The three-stranded cord is not soon severed" (Ecclesiastes 4:12). According to the esoteric interpretation, this verse refers to three holy sites: the Burdensome Stone {Beit – El}, the Cave of Machpelah, and Joseph's Tomb. These are places the Jewish claim to which was bought in full money and they are chakras to the Upper World; the places where the Upper and Lower Worlds meet.

The film deals with the story of our Biblical ancestors, following the Way of the Patriarchs from Elon Moreh - Nablus, Abraham's arrival in Israel (Parashat Lech L'cha - Genesis Ch. 12), Beth El, the Temple Mount-Jerusalem, Bethlehem, Boaz' Field, Hebron and Beersheba - the Highway 60 route.

Now for public screening. Please join together in the community {Culture Hall according to the safety rules of covi-19} or at home, during the holidays... and enjoy the film. 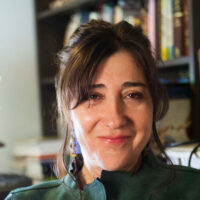