Her work has appeared in Frieze Magazine, Hyperallergic, The Boston Globe, KQED, San Fransisco Chronicle, The Art Newspaper, Huffington Post and Arts in Bushwick, among others. Tirtzah holds an MFA from Boston University and she studied drawing and painting at the Jerusalem Studio School in Israel. She is a faculty member in the Visual and Critical Studies Department at the School of Visual Arts in New York City and a resident artist in the Chashama Workspace Program in Sunset Park, Brooklyn. Tirtzah is represented by Slag Gallery in Brooklyn and Galerie Thomas Fuchs in Stuttgart, Germany. 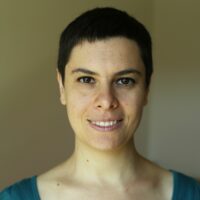