Painting from observation is Yael’s means of connection to the world. It is a way for her to stop time and place both in the sense of leaving a physical mark and in the spiritual aspect. It is a tool that allows her to hold on to a moment, to engrave or create a memory, and on the other hand to release it. This duality of the perceived and the unperceived is expressed in the techniques of covering and revealing, engraving and erasing that she uses both in oil paintings and in drawing and engraving. She is influenced in her work by the traditions of classical painting, but at the same time, she allows coincidences to happen.

The process begins with a drawing that serves as a faithful roadmap for oil paintings and prints. This is a process that allows creative freedom for her and sometimes leads to abstraction. Occasionally the drawing is the artwork in itself. Everyday compositions, sometimes random, interiors, family life, landscapes, scenes in the studio - all these are a source of inspiration for her, and from them, a personal interpretation is created in which she examines the relationship between herself and my environment as well as the relationship between the elements in the painting. 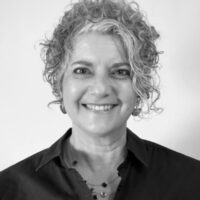