Yossi Reshef performed in many countries around the world where he has received critical acclaim for his artistry. His performances have taken him to Germany, Britain, Denmark, Israel, Italy, Poland, Croatia, Spain, Bulgaria, Russia, Azerbaijan, South Africa and a number of venues in the United States including Los Angeles, Boston, San Diego, Santa Fe, and Carnegie Hall in New York.

Reshef holds a Doctor of Musical Arts degree from the University of Southern California, where he was assistant to Prof. Norman Krieger. This degree was honored with the USC Outstanding Academic Achievements Award. He previously studied in Israel under Prof. Pnina Salzman at the Tel Aviv University, Rubin Academy of Music. Other teachers include Mrs. Martha Even-Shushan and Prof. Jonathan Zak. Reshef was one of only 4 conductors at the prestigious USC Master’s Conductors’ program, where he regularly conducted the USC Orchestras. He later on pursued conducting as part of his Doctorate program. His main Conducting teachers include Prof. Hans Beer and Dr. Magen Solomon.

Reshef was a piano faculty member at the Apple Hill Chamber music festival in New Hampshire, and a professor at the “Upbeat Hvar” International summer school in Croatia. He has given master classes in the U.S. and in Europe, focusing on interpretation and practicing methods. Prestigious venues include among others, the Gnessin Conservatory in Moscow, the Lodz Academy in Poland, the Baku Academy in Azerbaijan, and the Zagreb Academy in Croatia. Reshef also worked as a Visiting Professor at the University of Puget Sound in Tacoma, Washington.

Alongside his performing career Reshef also worked in Hollywood as a Film Composer and Musical Director . His recent collaboration as Musical Director on the independent feature “Ivory”, tells the story of young concert pianists in an American conservatory. Reshef coached the actors, and recorded the soundtrack playing the main character of Andreas. The actors in this project include Martin Landau, Tim Draxl, Erika Marozsan, Peter Stormare, and Travis Fimmel.

“His interpretation was original and fresh”
– Croatian National Radio

“Professionals agree that Yossi Reshef takes a special place in the line of pianists of his generation”
– Echo, Azerbaijan 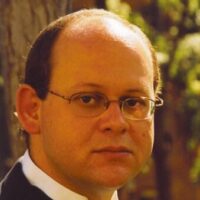